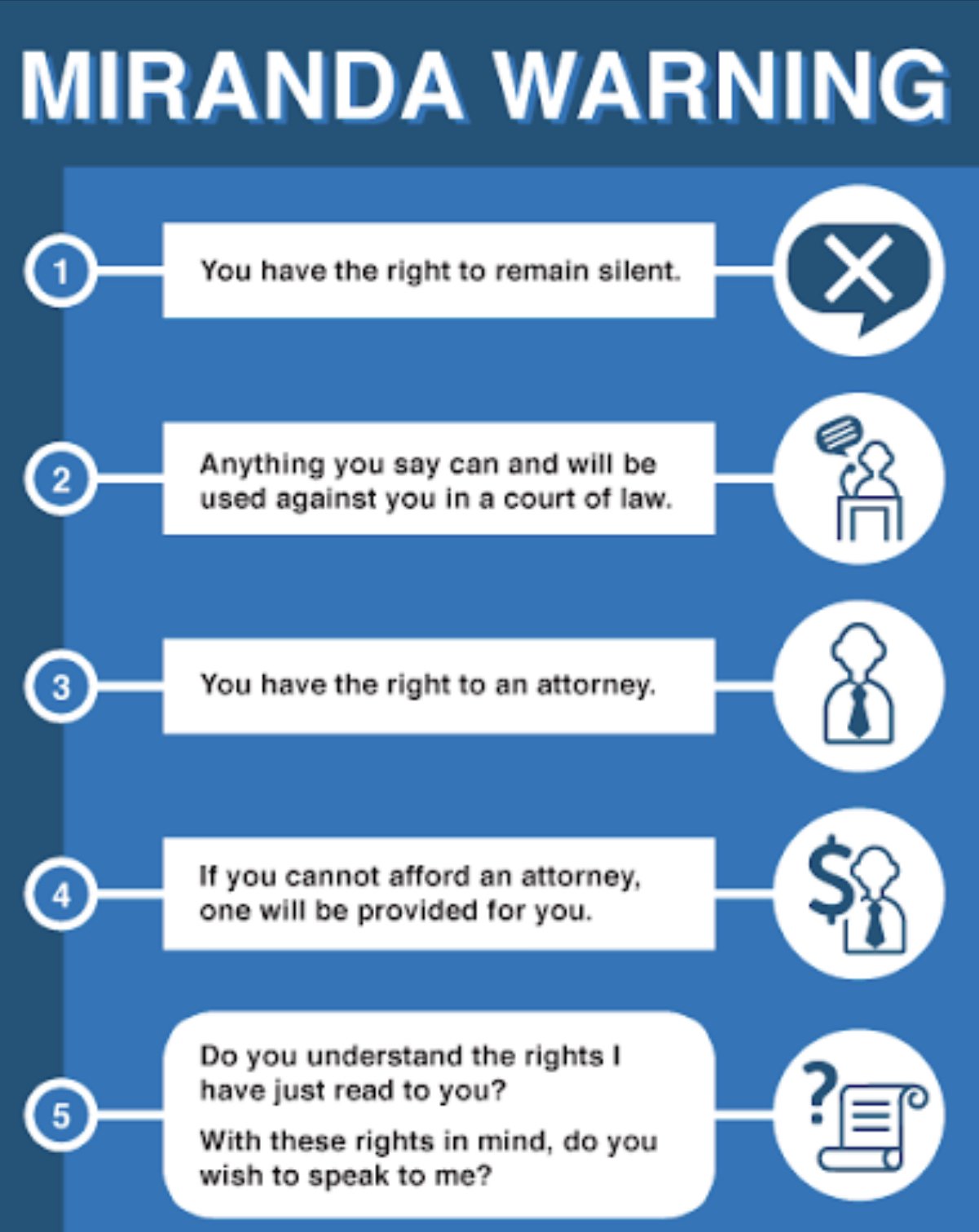 This is perhaps one of the most common questions that defense attorneys receive, hands down. Someone charged with a crime when confronted and arrested by the police is not advised of their right to remain silent, or what’s known as “Miranda.” My answer to the question, does that mean my case gets dismissed, is almost always “no.”

A person’s Miranda rights refers to a person’s right to remain silent and his right to an attorney. These rights are read to suspects and are meant for someone who has been placed in custody. Once in custody, if an officer begins to ask you questions and has not advised you of your Miranda rights first, then there’s a strong likelihood that those statements you make in response to those questions can be excluded from trial later on. Now, this could mean all the difference in the world if the State finds themselves without a good case unless those statements are brought into trial. If I surmise that may be the case, often I will tell my client happily that not being advised of Miranda could mean the case gets dismissed.

I always regret having to tell someone that their case is not going to be dismissed on these grounds. Miranda has an important place in everyone’s defense, don’t get me wrong. But often times, someone’s defense comes at the expense of a lot of hard work, good preparation, and a solid defense. And it’s always important to remember to practice your right to remain silent in those situations where you feel you could be accused of a crime. It has nothing to do with your guilt or innocence. It has everything to do with the fact that you have this right for a reason, and it’s better to have your attorney fight for you, then to try to do it on the side of the road late at night while there’s an officer staring you down. The first thing Miranda tells you is that “you have a right to remain silent.” Use it. And then call Brian Powers, Attorney at Law at (210)222-9446 for a free consultation.