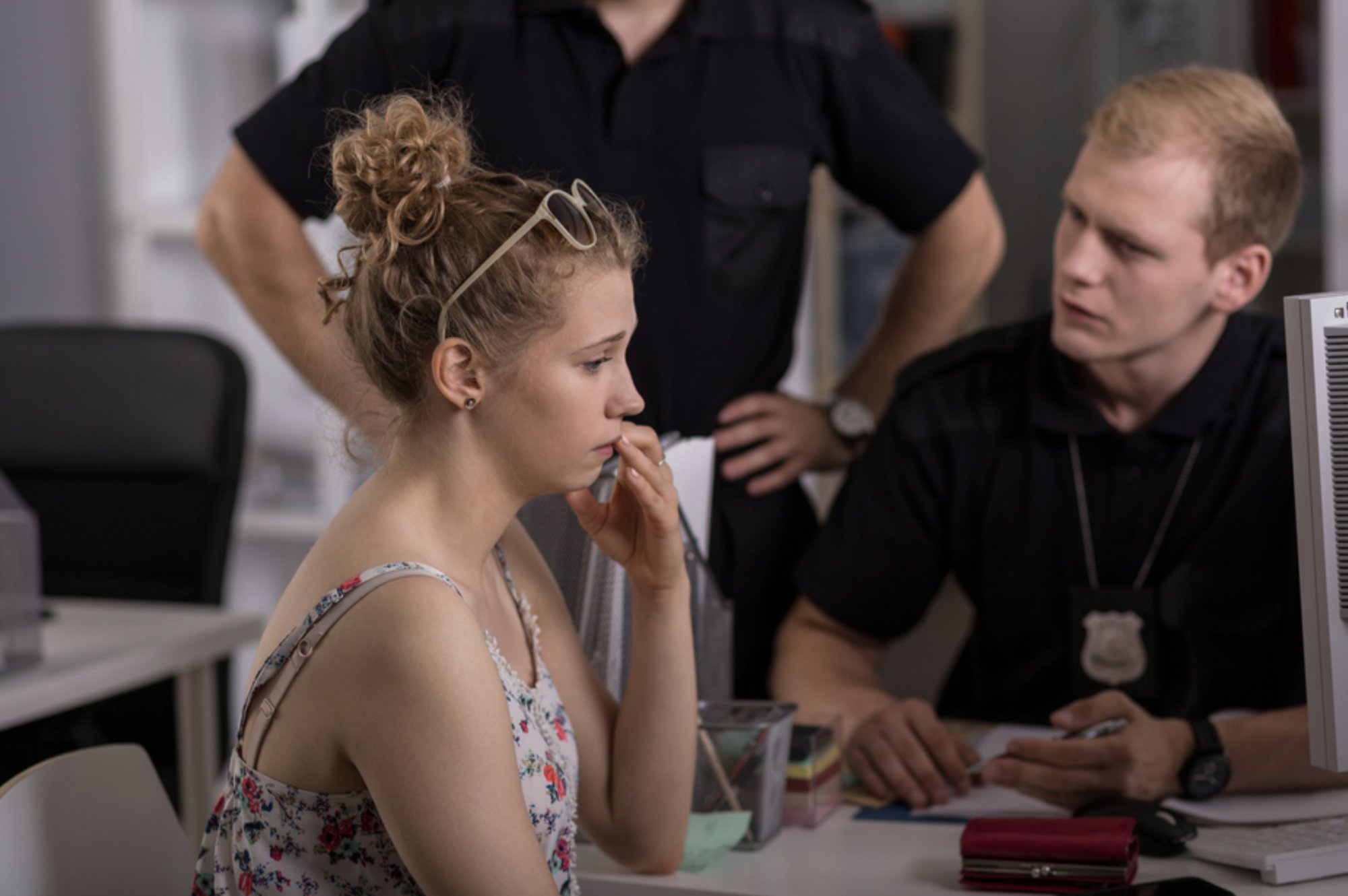 Okay, so it's not a date, its an interrogation by a guy with a badge either on the side of your car or in a police station interview room. Unfortunately, most people in this situation make the mistake of thinking the more you talk the better off you'll be. It's natural. It's normal. And it's usually a complete disaster.

First, let's begin with the basics: You have a right to remain silent. Those words are in your history books, on every TV crime show, and, by now, in your very DNA. The officer will sometimes read you that line exactly along with your other Miranda warnings. Then he'll stare at you for a long time and wait for you to speak. Silence begs to be filled. Other times, he'll tell you the infamous line uttered in the title: "This will go a lot better if you just talk to me." Unfortunately, this is only similar to a date in that you two totally want different things out of it. The officer typically wants to confirm his suspicions (or he wouldn't be talking to you in the first place) and you want to go home and forget the whole thing ever happened.

Unfortunately, the words you put emphasis on may not be the ones your officer is hearing. I'll give you an example: in every criminal case there are a list of elements that need to be checked off before a jury can overcome a presumption of innocence and find you guilty of a crime. It's a devil's checklist that an officer is trying to complete before he submits the case to the prosecutors. So if he's investigating a crime where he needs to show that (1) On May 25, 2019, (2) in Bexar County, (3) you the Defendant, (4) Intentionally (5) Caused bodily injury, (6) to someone with whom you had a dating relationship. The officer need only ask: "Tell me what happened."

Let's say your answer is simple, my girlfriend and I were at the house on Martin Street and I accidentally yawned really fast and it hit her in the eye. I told her I was sorry."

You're thinking, now the officer knows what really happened he'll let me go because it was JUST an accident. But look at the Officer's checklist again. You've just admitted to (1) the when, (2) the where, (3) The who, (5) the assault, and (6) the relationship between you and the victim. The officer is undoubtedly thinking that he's basically gotten everything from you except what was in your mind (the intent) and the jury can make that jump on their own when they hear that you admitted to everything else.

Look, it's not to say it's never okay to speak to the police. Sometimes, a conversation with an officer can preempt an arrest, a charge, and even an indictment. But the fact is, no one on earth should make that decision without consulting a lawyer first. But here's some simple rules to follow:

The bottom line is this: be quiet and wait for your attorney. But follow these simple rules and you stand a better chance of winning in a difficult situation.